The History of Rugs 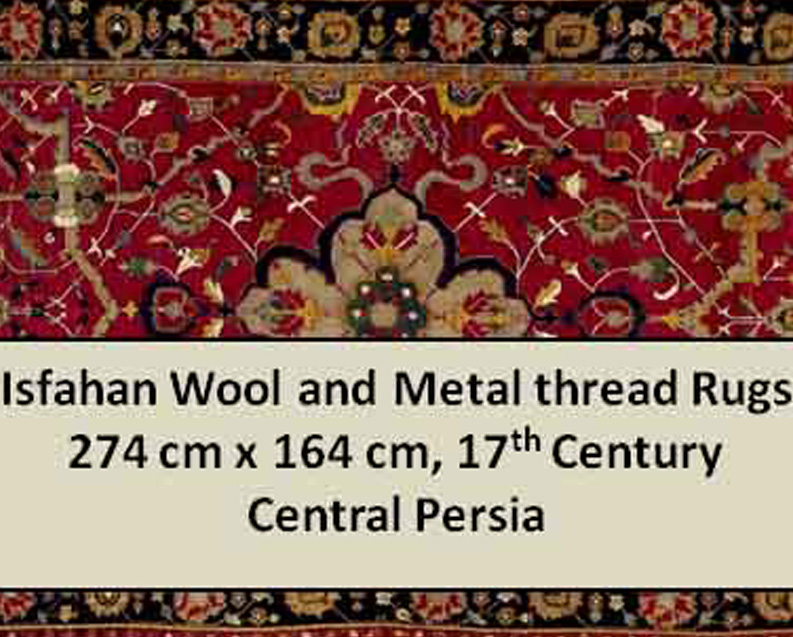 Although historians have not been able to pinpoint exactly when hand knotted rugs were first made, it seems probable that they have been around since the beginning of human civilization. Man first began using animal furs as clothing and flooring, but as animals became domesticated and farming increased, the use of sheared wool and silk became mediums for weaving.

A rug from the Sassnid Dynasty, entitled “Spring of Khosrows” was one of the oldest known rugs. This legendary carpet was used in the winter by King of Persia, Khosrow I (AD531-579) to remind him of the springtime garden. He would stroll down the paths of the rug as if he were in his garden, admiring the scenes. Blossoms, fruits, and birds were accented with jewels and pearls. The body of the rug was woven of silk. It measured 35’x84’ and weighed several tons. The wide outer border, representing a green meadow, was made of solid emeralds. When the Arabs invaded Persia, they divided the rug into sections. What a great loss!

In China, carpet weaving dates back to the period of the Sung Dynasty (960-1279 AD). The Chinese produced rugs in factory workshops controlled by the emperors. The designs were characteristic of Buddhism and Taoism. Marco Polo discovered some of the earliest examples of carpets while traveling through China and Turkey during the 13th Century. He was an ardent admirer of Chinese rugs. Weaving as an art peaked in the royal court workshops in Delhi and India during the Indian Moghul Empire in the 16th Century.

Oriental rugs made their way to America in the late 17th century. However, it was not until the Victorian Era (19th century) that we saw such a dramatic increase in the demand for rugs. The bold colors and designs were a nice complement to the dark and heavy Victorian furniture

Today’s rug designs may be more sophisticated, but the same traditions of weaving still endure, with wool still being spun by hand from local sheep and dyes still being made from plants and vegetables. It is clear that the tradition is to continue on for decades to come as there as the semi-nomadic folk of the villages are still weaving the same patterns and styles from hundreds of years ago. Current hubs for fine carpet production are Hereke in Turkey and Isfahan, Kashan, Qum, Tabriz and many other areas in Iran. Hand knotted rugs are also found in Russia, Pakistan, India, and China with many more contemporary and transitional designs now available.